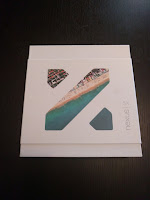 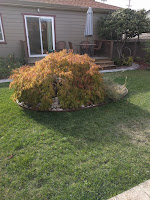 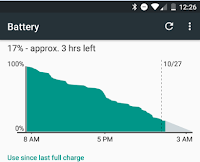 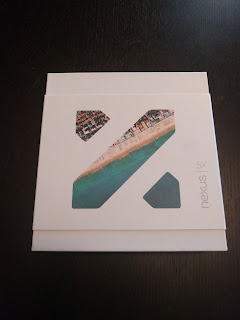 This is a quick note to say that Friday was a good day. When I got home, I had my Nexus 5x waiting for me. I spent that evening charging and setting up the phone. Easy since, I have chosen to be in the Google ethos for a while regardless what smartphone I use.

Saturday, I spent time at the Verizon store getting the phone registered to my account. I may write more on this experience later, but briefly, if you need it activated, make sure you deal with the manager. This phone is too new for everyone know how to activate the phone properly. Overtime I am sure this will change.

My overall first impressions -- The Nexus 5x is light and fast. It is a welcome replacement to the original Nexus 5 and worthy upgrade for others that want the pure Android experience at a great price.
Posted by JRMcNulty at 11:58 AM

It has Shipped. After pre-ordering on the day of the event, I am expecting to have the Nexus 5x in my hands soon.

Look for my review soon.
Posted by JRMcNulty at 8:42 PM

I read an interesting blog post from the Wall Street Journal (http://on.wsj.com/1jrzxcB) titled "What Medicine Could Learn from the Aviation Industry." I found the post an interesting take on EMR and the need to cut through the clutter to get to the information that this needed for the medical professional to make a sounds diagnoses or decision the first time.

So, what is missing from EMR comparing it to the Aviation Industry? I believe that it is standardization. There are plenty of recommendations and frameworks, but not enough standardization. Looking at different EMR implementation from the same vendor at different medical facilities, I am always surprised the amount of variation there is between them. To continue the aviation theme, imagine piloting the same aircraft from one airlines and then go to the same aircraft on a different airlines and having to relearn were all the buttons and knobs are located before you take off. It would be a nightmare. Then say as a pilot you jump back and forth between the two airlines. Having to remember to fly the "same" aircraft two different ways.This wouldn't work in the airline industry and it is presenting problems in the health care industry.

More standardization and compliance to that standardization would help and maybe go a long way in actually getting better user acceptance and satisfaction. Ultimately, providing better patient care. But, that does not seem to be where the business model is for health care EMR/EHR vendors. This is not about interoperability. It is more complicated then that. This is saying that within the same vendor's product, what assurances are there to know that clicking the upper right corner icon/button, the same function will happen regardless of what medical facility you are located?

Health care industry is struggling with interoperability right now and that is fine. The easier it is for systems to talk between one another the more that patient will benefit. But the next step should be more standardization. This too will help the patient experience, but  may be even harder than interoperability to put in practice.
Posted by JRMcNulty at 3:47 PM